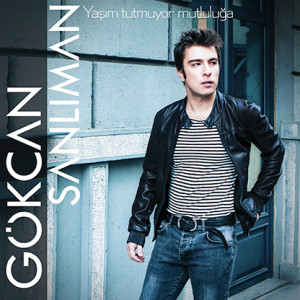 You can buy The New Album from digital stores.

BUY THE NEW ALBUM
FROM DIGITAL STORES
GO TO STORE

GÖKCAN SANLIMAN was born December 22,1985 in İstanbul. After finishing his primary and secondary school education at an Italian High School, he graduated from ‘Stage and Performing Arts Management’ at Bilgi University in 2009. He is currently studying his Masters degree in ‘Culture Management’.

In May 2010, GÖKCAN SANLIMAN released his first album ‘Yesterday’; A compilation of significant composers songs. He collaborated with various well known artists on tracks such as; “Good Bye My Love Good Bye” featuring Göksel, “Prison Song” with Teoman and “I Want To Break Free” with Şebnem Ferah. Other classics like “The Sound Of Silence”, “Wonderful Life” and “Rain”songs can also be heard.

Gökcan’s first solo album named “Soğuk Temmuz” (December 2012) was his personal journey. Gökcan’s lyrics and music were brought to life by (at the time) his producer Teoman, supervisor Haluk Kurosman and musical arrangement by Noyan Erdal. He sang “Soğuk Temmuz” with Aylin Aslım, and music video was directed by Evren Gülçığ. He also filmed a video for “Şerefine” and “Serseri Kalp” songs from this particular album.

GÖKCAN SANLIMAN’s second and most recent album “YAŞIM TUTMUYOR MUTLULUĞA” (March 2016) includes 9 ballades. The concept of his new album covers feelings and thoughts around companionship and misfortunes, regrets and tiredness, loneliness or seeking answers. The Music and lyrics are written by GÖKCAN SANLIMAN and HALUK KUROSMAN. After 15 months of hard work and accomplishment, Gökcan is here finally here with his new album.